Posted on October 3, 2012 By Nikola Stojanoski

In PBX systems stations can be grouped so that incoming calls may be routed to an idle station in the group. Here are the Hunt Group explained for ipLDK and other LG-Ericsson PBX systems.

When a member of hunt group goes to idle, IP LDK system will not give a call to that member. After wrap-up timer goes, the member goes to real idle state which can serve a hunt call.

IP LDK system supports 8 kinds of music source for hunt group instead of ring back tone. When a call goes to queue, a caller will hear any music source which is pre-assigned.

A station can be a member of one or more hunt groups. But a kind of hunt groups which a member belongs to should be same. 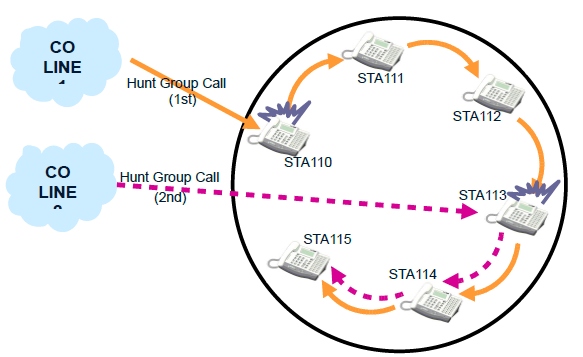 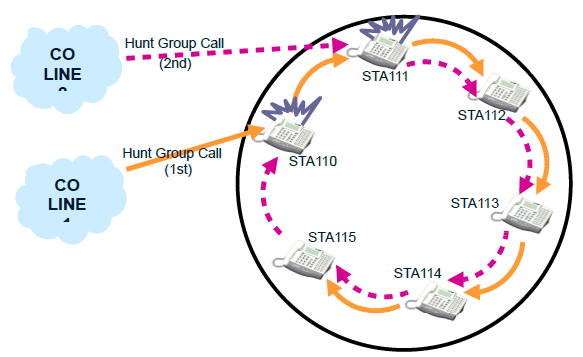 All the stations in the group receive ring simultaneously for a call of Hunt group until one of stations received ring answers the call. If call is not answered until overflow timer, it will be sent to an overflow destination, if assigned. 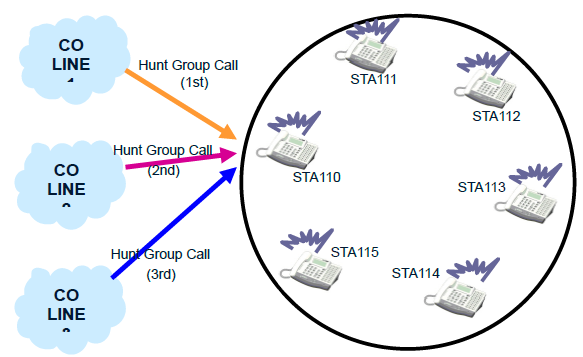 Calls are sent to the group by dialing the pilot number (Hunt group Number) or assigning CO lines to directly terminate to the group. Calls are directed to the station in the group that has been idle for the longest time. If all stations in the group are busy when a call is received for the group, the call may be routed to an alternate location, or may continue to wait (queue) for an available station in the
group. Based on programming, the queued call may be taken out of the group and directed to an overflow station.
The member of UCD group can assign DND. The station assigned UCD-DND will not receive ring.
To assign UCD-DND button,
[TRANS/PGM] + Flex. BTN + [TRANS/PGM] + 8 7 + Hunt Group No. + [HOLD/SAVE]
Note: Do not make a loop with UCD group alternative destination. 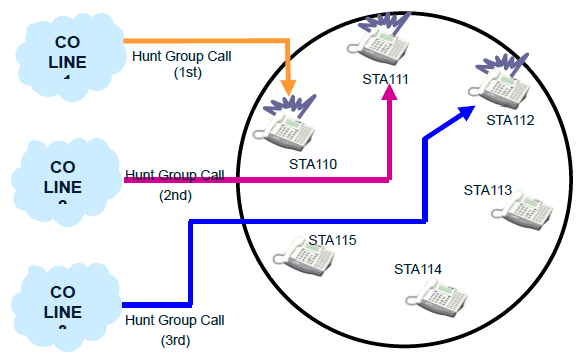 This group is assigned for voice mail and only SLT can be assigned as a member of Hunt group. Calling VM group, the system will search an idle member in the calling VM group with Terminal type or Circular type.

IP LDK system supports the VMIB announcements for hunt group. And when a call is arrived to secondary VMIB announcements, caller can be connected another station by the entered number with CCR service. (PGM 228)

To monitor an agent’s conversation at ACD supervisor

(1-Status / 2-Database / 3-Duty / #-Print)
In the Status mode, the supervisor can initialize the group statistics by pressing the [MUTE] button. 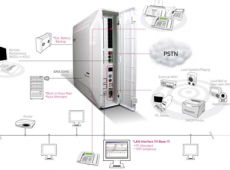 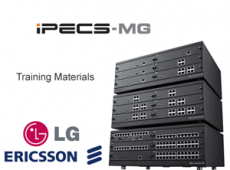