Posted on April 2, 2013 By Nikola Stojanoski

As you all now Google Reader is going to retire on July 1, 2013. Here is a nice alternative called Feedly where you can read all your feeds like a magazine.

Since 2005 Google Reader was a nice way to read my websites as i like it. Instead of jumping around from website to website I’d add their feed to my reader and quickly find the content i’m interested in. Since 2005 the reader has improved the look and usability to meet users needs. Here are some pictures od the UI changes: 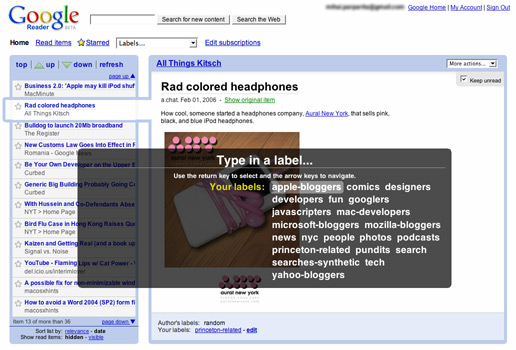 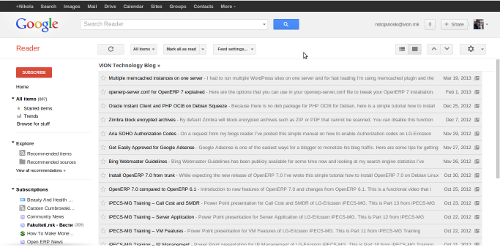 Feedly has a slice different aproach to readeing RSS feeds, it uses the browser extensions system for Chrome, Firefox and Safari and creates a magazine style website look from your feeds. It also has nice sharing features and integration with social networks.

Also since I was using Google Reader there is a option instead of creating account i can login with my Google account and all my Google Reader feeds will automatically import into Feedly. Since Google’s announcement of powering down the service there are 3 million users singing up for Feedly service. If you are using Google Reader I will suggest you to switch to Feedly and keep your feeds. 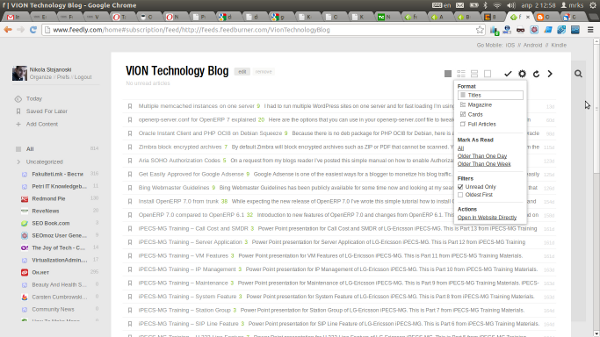 There is a petition to Open-Source Google Reader’s since Google doesn’t want it anymore on keepgooglereader.com

I started using it last week. Love the mobile aspect. Very easy to use!

I started using it last week. Love the mobile aspect. Very easy to use!