I’ve searched for Best APC Configuration on the net and applied it to my server. But later on I’ve stumbled to a problem. My Virtual server started getting slower.

I’ve stumbled to the article by Greg Rickaby titled The Perfect APC Configuration which worked very good for me.

Here is my APC configuration:

There are just a few modifications to the APC configuration from the one that Greg’s posted.

Changed the APC size to 256MB and removed the M at the end because my version of APC was crashing with it: apc.shm_size=256

Why there is a problem

When running Virtual Machines your biggest problem will be disk IO, so running cache on disk is not a good idea.

After installing APC on my machine I’ve noticed high disk usage under load. Using iotop showed disk usage by [flush-8:0] and my Apache user which directed me to the problem.

I’ve moved apc.shm_size to a tmpfs

With this I’ve alocated 256MB of RAM to be used for APC Memory Mapping. After this changes the Disk IO was back to normal and the website load was amazing.

If you have any suggestions let me know. But for now this configuration works for me. 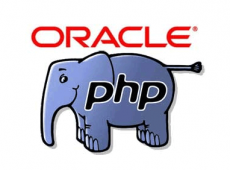 Sorry for over-allocating in the example, I’ve edited the post.
I was using more ram on my install.

I think you should have just left apc.mmap_file_mask at where it was (=default). apc.ini says: Leaving it undefined will force an anonymous mmap. = no file-based cache. And that’s what I see here.

Many many thanks to you! Moving APC mmap to TMPFS lowered disk utilization twice. Yeeehaaa!!!

Nice post!
May I know what is your consideration to set the shm_size to 256? May I know how big is your VPS ram? I tried to tune up my apc setting. Whenever I tried to push the load to 50 concurent users access at the same time, the server will memory will overload never release the memory usage.

Hello!
Thanks for contribution. However, for me the post is a bit misleading, because all info about APC around the net states that APC uses RAM memory not disk. So can you elaboarate on the reasons why do you explicitly move apc file on RAM.
Is it an APC architecture mistake ..or… ?
BR..

i have set it, btw how to check the performance of apc?

Hey guys, I am having a problem with APC and APCIterator class in general. I am using APCIterator to retrieve certain items and hand it over to apc_delete($iterator) without having to flush the whole cache. My problem is the following: Once I created these items I can easily retrieve them using APCIterator, but after a certain amount amount of the time certain items can’t be retrieved by APCIterator anymore, they are stuck in cache and APCIterator is empty…I have absolutely no clue why and how this is happening. Maybe my APC settings?? Here is a more detailed explanation of my… Read more »

I don’t know if I’m pointing you to a right direction, but there i a ttl value for the items, you should check if value exists and retrieve it, if it doesn’t exists recreate it in cache

Every read should be: check if value is in cache, if it’s now create it, next time check if it’s in cache if it is get it, if not create it again.

wpDiscuz
We use cookies to ensure that we give you the best experience on our website. If you continue to use this site we will assume that you are happy with it.OkPrivacy policy